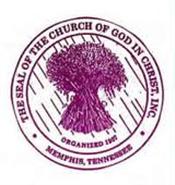 Church History ~ On February 6, 1977, Superintendent Rochester Rodgers, Sr. and Mother Leona Rodgers officially founded The Bibleway Church on LOVE. The Love as recorded in John 3:16, “For God So Loved The World, That He Gave His Only Begotten Son, That Whosoever Believeth On Him Shall Not Perish, But Have Everlasting Life.” It was with this same kind of sacrificial act of love that Superintendent and Mother Rodgers established and led the Bibleway Church. It was then that they gave the church its' motto: “A church where love flows because God Controls” “A church where God is really real”.

Since the establishment of this great church, many souls have confessed with their mouths The Lord Jesus, and believed in their hearts that God hath raised Jesus from the dead, and are now saved by His blood. In the words of our founder “There is no secret what God can do, what he has done for others, He’ll do for you.”

In the month of April, 1977, the newly organized Bibleway family purchased a small, but beautiful church at 502 W. 18th St., N. Little Rock, AR. Tremendous progress was made during the stay at this church. Many new members found hope, a new outlook on life and began making positive contributions to our church and community. The Love of the Bibleway Church family became the hallmark of its reputation and spread throughout the local community, city and state civic leadership and to churches of all denominations.

The Almighty God had wrought great blessings for the Bibleway Family. After years of dedication and many prophecies, our dreams became reality and the Lord blessed us to purchase a new sanctuary located directly in front of our current location across West 18th street. We were so excited, for we knew God had answered the prayers of the Righteous. We praised and worshipped God to the utmost in that beautiful sanctuary while maintaining humbled hearts and souls.

However; on September 9, 1991, the supposed enemy robbed and burned this beautiful edifice, but the Lord sent a word of promise to Pastor Rodgers as the fire burned. We immediately began worshipping at the Shorter college auditorium, and though we cried together as a church family, we never lost hope and maintained a spirit of rejoicing! We knew that God was bottling up all our tears in order to pour out a mighty blessing.

By continuing to keep the faith, in a just a few months God moved in a super natural way. Through the favor of God, we moved into our present complex, which became known as the miracle on 22nd street. Again, we were humbled and grateful for the faithfulness of our Lord and Savior Jesus Christ. God had blessed us with increase of many new souls, spiritual growth and stability.

We praise God for speaking through our Founding First Lady, Mother Leona Rodgers, for naming our first church BIBLEWAY. Our founding Pastor, Supt. Rochester Rodgers, who the named our next home across the street NEW BIBLEWAY. And finally, the Lord spoke through Elder Ronald Kimbrew to name this present complex GREATER NEW BIBLEWAY CHURCH OF GOD IN CHRIST.

On June 16, 2012, our beloved founder and Pastor Superintendent Rochester Rodgers moved from labor to reward, from earth to Glory. We salute our beloved Founder, Pastor and Humanitarian Supt. Rochester Rodgers, Sr., for the foundation you laid, for the lifetime of exemplary leadership and character you possessed and your unyielding faith on a job Well Done! We also salute, Our first Lady Emeritus Mother Leona Rodgers, who worked continuously with poise and grace for Thirty-Five years by her husband’s side, and continues to this day on a job Well Done! Finally, to his lovely sons and daughters for continuing the work began by your parents, God bless you. Special recognition to the eldest son and current Pastor of the Greater New Bibleway Church, Elder Dennis Rodgers, Sr. for carrying the torch and the legacy lives on. May the Lord forever bless and keep Greater New Bibleway Church of God In Christ.

TO GOD BE THE GLORY! EVEN SO, COME LORD JESUS